“Precious Plated Metal is a great choice for all of your jewelry. The 18k Gold Plated will replace our existing Gold Plated Brass. If you were currently selling this material in your shop, we’ve gone ahead and updated the offering and carried over your markup on Shapeways. Be sure to enable your models in the new Rhodium, Rose & 14k Gold Premium Plated, too- they’re all the same price!”

“Products made in Precious Plated Metal are made the same way our Polished Brass is with a few bonus steps. Wax casts of your model are 3D printed, plaster is poured around the wax cast, and then the brass is poured in the cast. The brass cools and takes form before we carefully remove the cast. We then layer it with palladium, increasing strength and durability, before finishing your products with 0.5 microns of the precious alloy of your choice. The electroplating on our new upgraded offering is more durable and we are excited to delight even more designers and shoppers with these materials.” 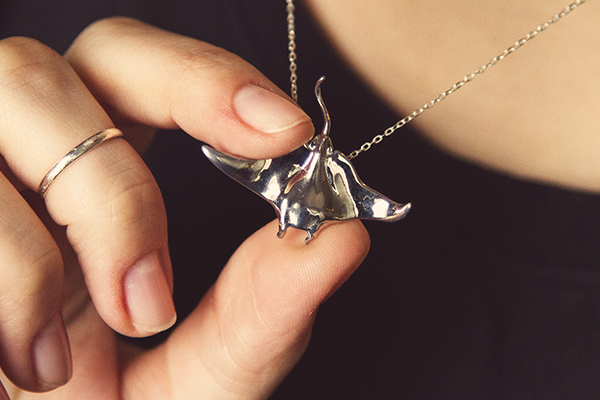 Synopsis. “Shapeways has introduced 14k & 18k gold, Rose Gold, and Rhodium Plated. They’re beautiful and I had to show off our launch models in this video!” 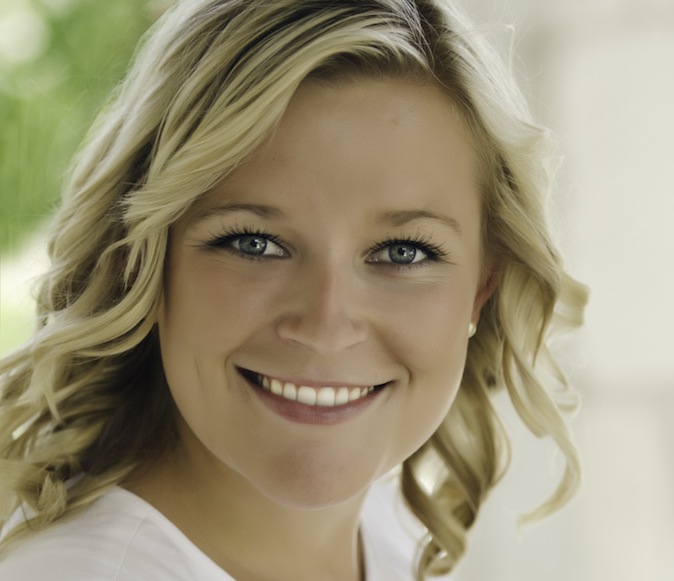 In this video, Charles Romans discusses 3D Printing Services at the University of Iowa School of Art and Art History. Learn more at:

Synopsis. This video provides an introduction to the 3D Printing Services at Studio Arts. This video was originally published to YouTube on 8 October 2014. (source)

About the Facility. “The College of Liberal Arts & Sciences at the University of Iowa has operated a 3D Printing Facility since 2008 at the Studio Arts Building. The main goal of this facility is to support the curriculum of the 3D Design Program at The School of Art & Art History. Our services are available for use by all Students, Staff and Faculty of The University of Iowa.” (source)

In the following six videos, Shapeways Designer Evangelist Lauren guides you through a simple project to turn a line sketch on paper into a 3D-printable file. This lesson uses Tinkercad, a browser-based modeling tool, and Photoshop CC.

More tutorials are online at
http://www.shapeways.com/tutorials

This tutorial covers:
– Brief introduction to the history and applications of 3D printing
– Overview of how 3D printing works
– Review of design file types and formats

This tutorial covers:
– Draw or sketch your design with pen and paper
– Photograph your design and import to Photoshop
– Digitize your design in Photoshop by creating an outline

This tutorial covers how to:
– Extrude a 3D model from a 2D file
– Prepare your model using basic 3D modeling tools
– Export your 3D model from Photoshop for use in Tinkercad

This tutorial covers:
– Navigate and getting oriented in Tinkercad
– Basics of controlling and modifying 3D objects
– Rotate 3D models in your workplane

This tutorial covers:
– Import your 3D model as an STL file
– Scale and adjust your design
– Combine two shapes to create an articulated/interlocking design
– Design with the 3D printing material in mind (SLS nylon)
– Download 3D model for 3D printing

This tutorial covers:
– The basics of how 3D printing service such as Shapeways works
– Review design guidelines of h3 & Flexible Plastic
– Upload & order your design

This video was first published to YouTube by Shapeways on 19 June 2014. (source)

Learn more about the various metals: 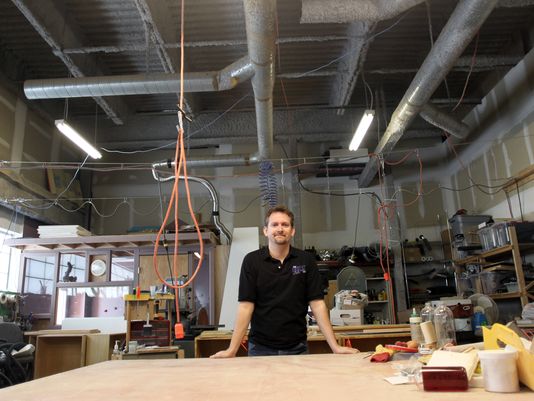 The state’s first Fab Lab, a digital fabrication laboratory packed with manufacturing and electronics equipment accessible to the public, will host a series of youth camps this summer as it nears its opening.

The two-week camps are designed to help teens build skills through hands-on work and experimentation rather than sitting at a desk with a pencil and math book, said Kirk Cheyney, the STEAM Room Fab Lab’s founder.

“We aren’t focusing on math or equations or any of that stuff,” said Cheyney, an Iowa City engineer. “What we’re doing is guiding kids in sticking things in other things and seeing if they blow up or not. One of the first experiments we do is actually touching your tongue to a battery and making yourself a conductor. So we go from ‘what is electricity?’ to the third level, which by the end you’re literally building your own robot.”

The camps will be held in two empty storefronts at the Iowa City Marketplace. Meanwhile, Cheyney said he is in talks with the the city regarding the zoning for the full-fledged Fab Lab, which he said will open in a 20,000-square-foot portion of the old Von Maur space this fall, if all goes as planned. Until then, the Fab Lab will set up shop in the temporary spaces when it gets the green light.

“We’re ready to move in the first day it’s all figured out, but we’re still in the process,” said Cheyney, who has reviewed a lease with the Iowa City Marketplace but is awaiting a zoning decisions by the city to finalize it.

Jeff Davidson, Iowa City’s economic development administrator, said the city can issue a temporary use permit for the summer camps, though the permanent Fab Lab location in the Iowa City Marketplace will require an amendment from the zoning ordinance.

“We don’t think it will be a huge deal, it’s just a matter of making sure we have the ordinance set up if we’re going allow those more commercial intensive or industrial type uses that will impact the rest of the mall,” Davidson said.

Cheyney said the STEAM Room already has acquired a number of pieces of machinery, electronics and tools, and organizers have raised nearly $10,000 to date, not counting equipment donations.

The Fab Lab’s three summer camps will highlight various aspects of electronics, with a focus on putting the “fun back in fundamentals,” Cheyney said.

The Fab Lab also plans to host a science fair next month in its temporary location, as well as a summer class on how to build your own CNC machine. Organizers plan to order 3D printers, a laser cutter and other large machines within the next few weeks, Cheyney said.

• Cost: The cost of each camp is $300, and scholarship assistance will be available to some students in need.

• Creating With Electronics I, June 9-20 or June 16-27, will teach electronics basics through building a complex alarm with lights and sounds.

• Creating With Electronics II, July 7-18 or July 14-25, will teach soldering, programming and creating more complex circuits with motors and sensors.

• Creating With Electronics III, July 21-Aug. 1 or July 28 to Aug. 8, builds off the knowledge of the first two camps and combines it into a programming and robotics lab.

Video first published to YouTube by Shapeways on Apr 25, 2014.

Welcome to the golden age of 3D printing: introducing 14 carat gold to the Shapeways materials family.

This video highlights the hand-polishing process that gives our designers’ products their beautiful high shine.

Like all of Shapeways cast metals (silver, bronze, brass), your designs are 3D printed in wax. The wax model is used to make a plaster mold for casting, and is made through traditional casting, hand-finished processes. With 3D printing, jewelers, designers and makers can design intricacies and geometries that are not possible through traditional mold making. 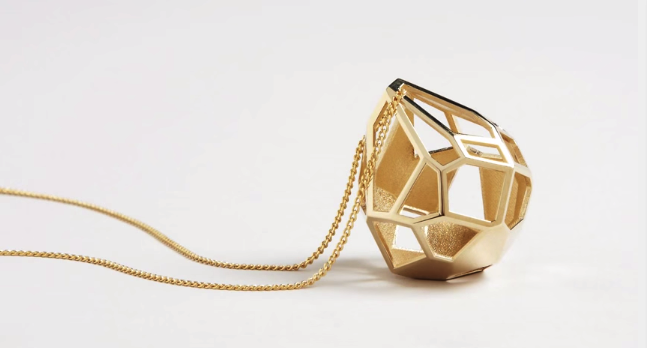 This video was originally published to YouTube by Shapeways on Sep 5, 2012.

What is the future of creativity, manufacturing, and design? How is the Shapeways community and 3D printing enabling everyone to make their ideas real?

This film portrays how the Shapeways 3D printing community and marketplace is enabling everyone to be a creator. All you need is an idea and an Internet connection.

Shapeways* Made in the Future
http://www.shapeways.com/
CREDITS

Special thanks to the Shapeways Community, the weather gods for enabling us to hit 5 cities in less than a week, and the future.